To bring you up to speed:

And away we go!

Maybe Tempting the Fate Gods Wasn't Such a Hot Idea....

So, I had decided to call my album "Difficult Berth" thinking I was being oh-so-witty and clever.

Apparently that made The Universe notice and say "Oh yeah?  I'll show you a difficult berth!"

And here we are, several…

Making music takes a lot of time and work, apparently.....

I wrote a special song for my Mom for Mother's Day (hey, it's cheaper then flowers!)…Read more 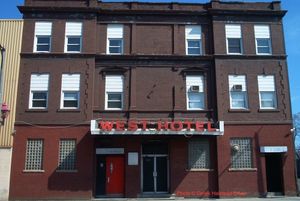 The "One Song One Month" Challenge.

One of my recording/mixing mentors, Graham Cochrane over at the Recording Revolution website issued a challenge to his followers for the month of January:

Write, record, and mix one song in one month.

I figured 'what the heck, I need…Read more

Laying Down Some Bass!

First of all, I'm not a bass player.  In fact as I type this, it hurts because now I have a blister on my index finger.

Oh well, we all suffer for our art.  Some more than others.

Okay, so I have list of songs that I'm intending to put on the album.  Nothing is set in stone, however, as some of them might not turn out to be 'right' for this particular album, some of them might…Read more

Sneak Peak - Suck It Up, Princess

Since I'm doing most of the tracks myself and only bringing in a few, select special guests I'm not recording the album in the way that 'normal' people do.  I'm not tracking all of the drums for the album, then…

Mission Statement (Who are you, a musician or a corporate suit?!)

At first blush, it may seem odd to come up with a Mission Statement for a music album.  But then I read that producer Rick Rubin wrote one for the latest Black Sabbath album, and he said that it helped…

Working Title (So far, I mean, it's already changed once!)

So, I know that most artists come up with the album title before they start recording.

I'm not most artists.

I HAD a title for this album, and even started working with photographer extraordinaire John Meadows to do a shoot…Read more